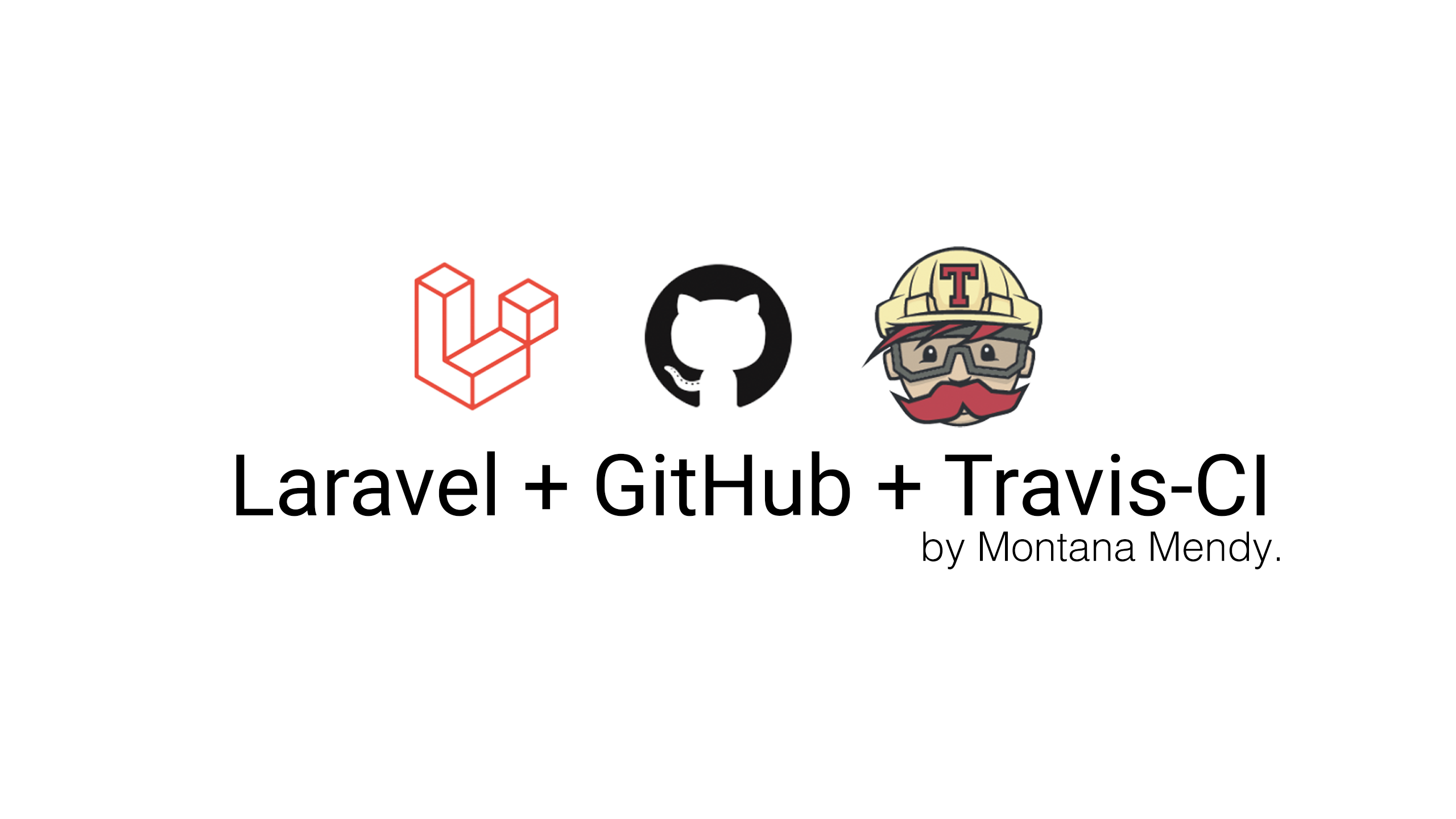 Montana here, and in this blog post, we are going to setup a Laravel application that has tests (unit) to properly simulate code integration and explain Travis CI’s linear and sometimes not so linear process, which is why Travis CI is one of the most flexible CI/CD’s on the market today.

The only thing you’re going to need for this tutorial is a server with SSH access, for this I recommend DigitalOcean. So first thing is first let’s generate those SSH keys we were just talking about. With that being said, let’s dig into it. Let’s start out with the ssh command.

These inputs are examples. In various cases you may have variant SSH keys. In the case of having multiple SSH keys, you’ll need to specify the path of your private key using the -i flag, as in ssh -i /path/to/private/key username@203.0.113.0. Remember using the -i flag means SSH is now specifying the identity_file. If you don’t have multiple SSH instances, you can omit this option.

So, now we’ve SSH’d into the host machine that we’ve wanted to via specification. For this user, we now need to setup a SSH key and have it mirrored on the local machine. So first let’s run:

You then should see what everyone would see in this situation:

You now need to add that key as an authorized and recognized key on the server.

Let’s look at the output of this using cat again, and be sure this is be doing in the ~/.ssh directory, there are sometimes where people have created ~/.rsa and causes a problem that needs to actually exist.

So let’s call the key for output:

So let’s start adding these keys to GitHub:

Now it’s time to add the SSH private key to the ssh-agent and store it in the keychain. If you created your key with a different name, or if you are adding an existing key that has a different name, replace id_ed25519 in the command with the name of your private key file, so for example the name I have is id_montana.

Great now your keys are officially added! Now to make life a little easier I’ve done the due dilligence and have found a premade build image so you don’t potentially run into any composer issues. Create a file called the Dockerfile.

Make sure you look at it from your CLI or IDE (in this case I’m using cat). 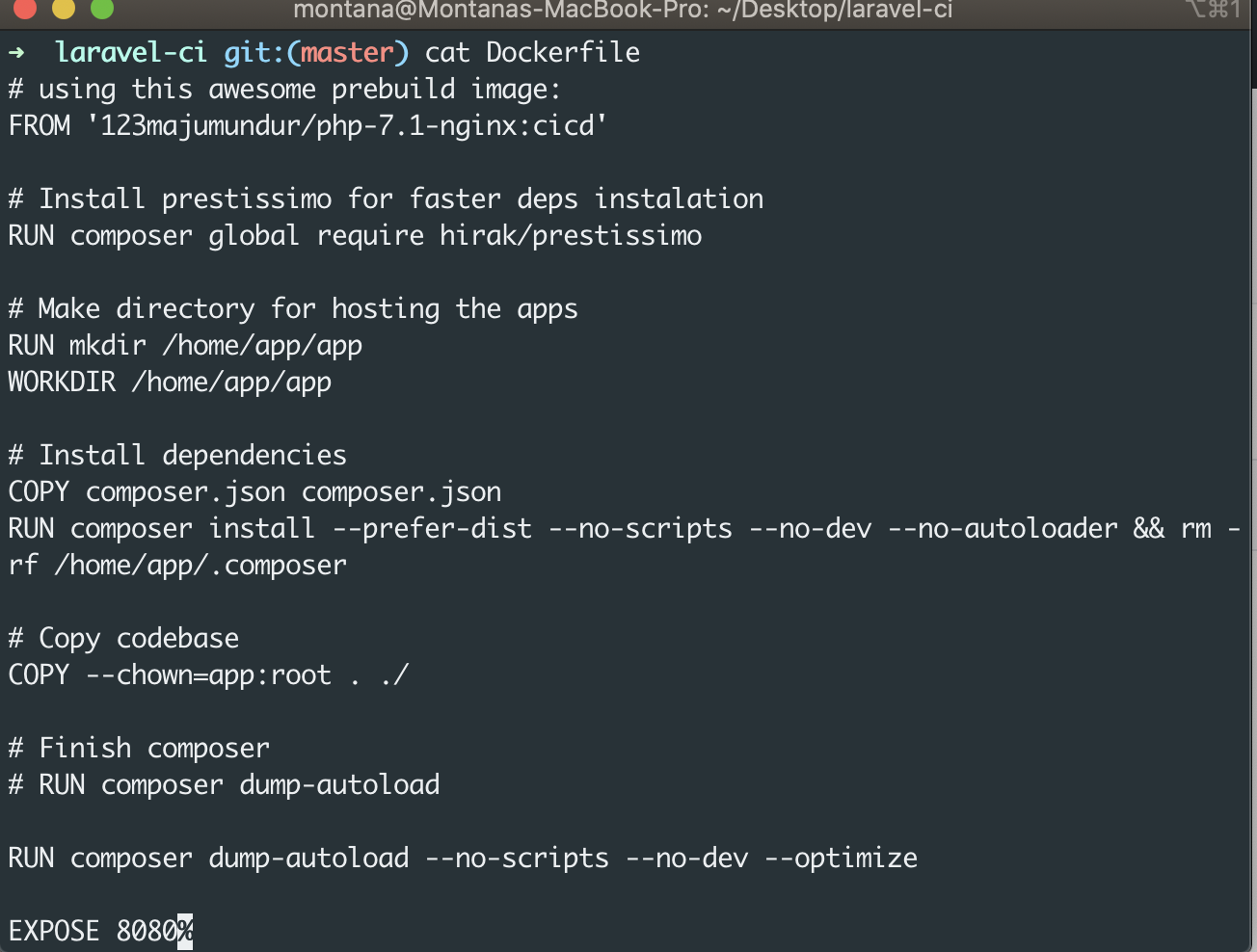 We as a user, need to ensure Travis can connect to the server and initiate the pull process that updates what is on the server, so simple read/write functionality will suffice for now. Next we will be using the scp command.

Immediately after the fetch is done, add deploy_key to your .gitignore by executing:

Now open your .travis.yml in the CLI by running:

Now remember in the step before we grabbed deploy_key, let’s encrypt that:

You’ll now notice this in your .travis.yml, not key for key, but similar:

You can also set your env vars in the UX/UI portion of Travis for a bit simpler solution to the CLI method as I showed above.

My take on Model Factories specifically in a tutorial esque use case like this, it’s good to use something like faker, you’ll see how this came into handy if you view my entire repo.

Well there you have it, you’ve hopefully successfully are using Laravel and Travis CI. We dealt with SSH keys, spc, and a lot more. So if you got through this congratulations!

I will link you to my repository of all my code in it. So you can fork it, clone it, and use it yourself. You can find the GitHub repo correlated with my blog post here: Laravel + Travis CI Test: Montana’s Repo.